Hong Kong is an island. With a population of 7 million, a land mass of 1,104 square kilometers (426 square miles), and agricultural production contributing less than 0.1% to GDP, Hong Kong relies on food imports for most of the population’s dietary needs and culinary desires. One result of this kind of import dependence is that the sites of food production and consumption are not only separate, but the people and places that comprise each sphere are often invisible to one another. In this context, the good people at Radio Television Hong Kong (RTHK) initiated a documentary film project to explore some of Hong Kong’s  broad food questions, and to help educate the public about their answers. The project asks: 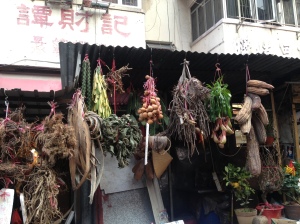 1. Where does Hong Kong’s food come from?

2. What are some of the social and environmental impacts associated with the food and agricultural systems that produce Hong Kong’s food?

3. Are there more sustainable food and agricultural models that can reverse or alleviate these impacts?

Starting from these questions, RTHK researcher Stephen Mak, and producer Joseph Hung contacted me earlier this year to discuss the costs and benefits of agricultural development in China in particular. Sharing concerns for food-related issues and how best to put them in the context of a changing China and a changing world, we began collaborating on ways to frame the topic. Last week Joseph  came to Baltimore with a camera man named Kevin to interview me for the project. It was one stop on their North American filming tour that included grain farms and feedlots in Nebraska, the state fair in Kansas,  cattle ranch in Colorado, and fishing in Vancouver.

I shared perspectives from my research on the global and local implications of increased meat consumption in China, starting with the cultural, political, and agroecological history of small-scale pig farming there, and moving through to the pollution, climate, and equality issues (and crises) that have emerged along with US-style large-scale industrial meat production. In order to move beyond just the problems of the agrifood system, I wanted to introduce the concepts of agroecology and food sovereignty into the conversation. While I could offer only a summary and brief explanation, I was thrilled that we had the opportunity to visit Blain Snipstal at Five Seeds Farm outside of Baltimore for a look at these practices and philosophies in action. 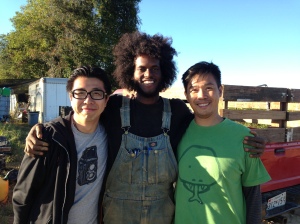 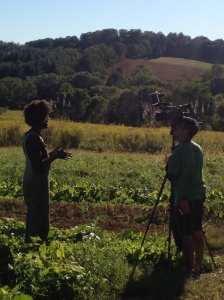 Interview in the field.

I met Blain at a food sovereignty conference in New Haven earlier this month. He was on a panel representing La Via Campesina, Rural Coalition USA, and himself as a farmer, or as Joseph came to call him, a farmer-philosopher. With the farm’s founder, Denzel Mitchell, Blain farms vegetables, fruits, herbs, honey, and eggs on a little more than five acres of land in Sparks, Maryland. Five Seeds has a 50 member CSA, and they sell produce at farmers’ markets and through direct marketing to consumers and restaurants in Baltimore. Using cover crops, intercropping, multiplecropping, and high tunnels, Denzel and Blaine are able to produce nearly year-round, providing fresh, non-toxic food for themselves and their community.

Our trip to Five Seeds Farm, and Blain’s interview, offered a glimpse into sustainable agrifood systems, and another world that is possible. From the farm’s website:

We believe in increasing soil health, water and soil conservation, biodiversity and living in harmony with the environment. Our cultural practices include (but are not limited to) reduced tillage, raised beds, biodegradable mulches, cover cropping, vermi-composting and reducing off-farm fertility inputs.

We straddle the fence in sustainable agriculture but continue to build a healthier and vibrant food system. We remain innovators in a progressive agricultural movement. Five Seeds Farm grows fruit, vegetables, herbs, eggs, honey and animals; we actively choose heritage varieties that threaten to disappear from the collective palate. Our focus is to maintain the practice of harmonious diversified agriculture, the cultural and historic legacies of Baltimore’s food history and culture, Black farming and homesteading. 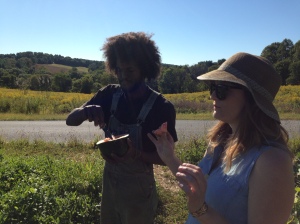 Watermelon off the vine.

Because of Stephen, Joseph, and Kevin’s hard work and vision, and Blain’s commitment to a kind of farming that leaves his fields fit for children to play in and people to eat from, viewers in Hong Kong are in for quite a treat. They’ll see not only the industrial forms of agricultural production that bring much of their food to the island, but they will also see what smallholder farmers around the world are doing to ensure local  food security, global food sovereignty, and a food-just future for us all. 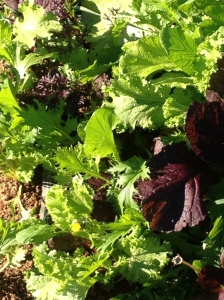 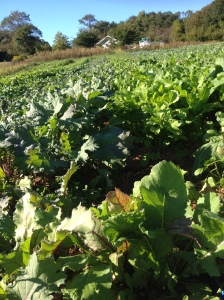 How many crops can you find? 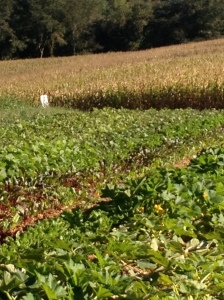 Five Seeds Farm: An oasis of food in a landscape of feed.

The RTHK documentary will air in Hong Kong in November in Cantonese. An English version will follow. Stay tuned…